Exhibition an colloquium surrounding the collection and archives of our dearly departed
Laetitia Yalon / Hélène Bertrand / Titania Altezze
at the Bukta Paktop rue Simonis 20, 1050 Bruxelles
on FRIDAY 17th of MAY 2019,
with a gathering of friends slated for Saturday 18th
and an additional viewing on Sunday 19th, all commencing at 3 p.m. 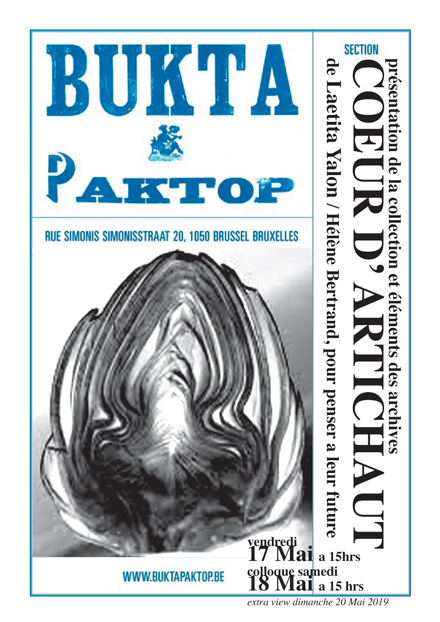 It seems appropriate that a first attempt of an overview of Laetitia’s artistic archive* should take place at Buktapaktop, rue Simonis... in fact a sort of home away from home long before Buktapaktop was born – running though various guises from former Nels’ printinghouse, woodworker studio, patacyclist archives, Bureau du Port, Fumoir... in fact one might see it as Laetitia’s studio, where generations of artists would pass muster while she presided indirectly over the many memorable moments of creativity spent in this very place...
(...* more than enough to cover, personal archives and biography in themselves the matter of legend)
It is not going to be easy to formulate a logical order to the heritage left behind by such a special person, who also presented herself in different guises: Hélène Bertrand, Laetitia Yalon, Titania Altezze and more, depending on various factors and covering different periods and aspects of her intriguing life. Visual artist & craftsperson, conceptual artist, literary savant and theatrical surprise, always inclined to take a sideward glance, to view from a slightly different angle, to question as it were an all-too-easy interpretation of anything and everything, intensely, but with heart and cheer: a devastating combination.
Artist-run kibbutz... experimental forms of creating together after the dark doldrums of the war; crafting an existence from mere perseverance - surely an experience that marked a route through the increasingly commercialized art-world, which she would never adhere to, but would visit along the fringes with occasional forays, or one might say incursions... to extract one or another worthwhile element... but remaining ostensibly aloof and creating her own priceless aura.
Underground rabble-rousing with the slightly wild performance-grouping ‘Stalker’, taking the orgiën-mysterien-theater into belgitude surrealism and beyond, immersing herself in strangely familiar but disjointed music from the honeymoon killers, to take just one example. Urban flutterby in the city’s nightlife... or rather cities’ night-lives, for she seemed to be simultaneously at home in any large metropolis, often the last man standing after the rest had succumbed to the excitement of it all...
Connoisseur of an immense amount of people from all walks of life and merging them into colourful clay marbles, jumping and rolling parallel and perpendicular, creating constellations and haphazard meetings in a universal play apt to be played on any stage anywhere, anytime – and even she found herself ankle-deep in freezing water in an abandoned sawmill in the Alsatian foothills at a ripe age... an age where other actresses would find it difficult to land a part; for Laetitia only yet another beginning of a sheer endless career of reinventing the self and the world.
How to put these memories into boxes, these playlists into files, the many readymade objects into compartments... impossible but it must be done: done in such a way that each section-able element has a reasonable place in a wider view, neatly identified, but at the same time not loose sight of each other and remain, even if over distance, together in spirit...  these are the questions we want to put to friends and family before making more specific enquiries to more formal institutions, for we feel that these archives deserve a place along with the best, but need a hand up to acquire a  profile that can compete with established names... 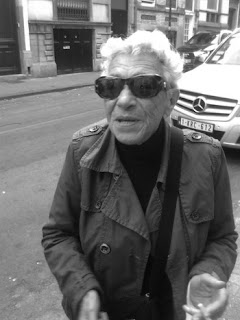 with small but grandiose works by 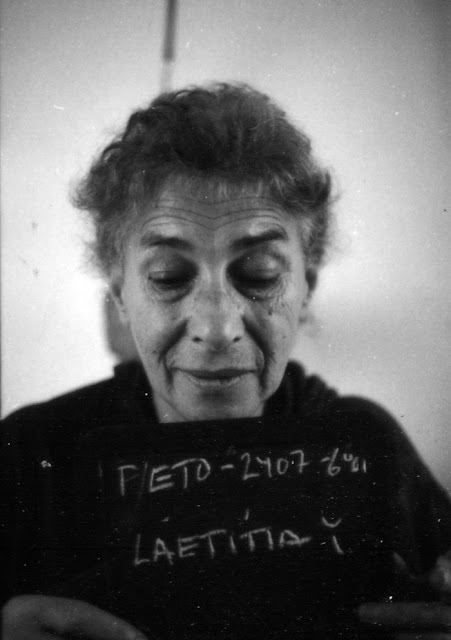 This is a (temporary) replacement for the official site of the artist's association
Bukta Paktop
rue Simonis, Brussels...
the site has been hacked a number of times, and until we can find a solution this blog will keep you informed about activities in the mean time... sorry for the inconvenience,
so in the interim, here some info 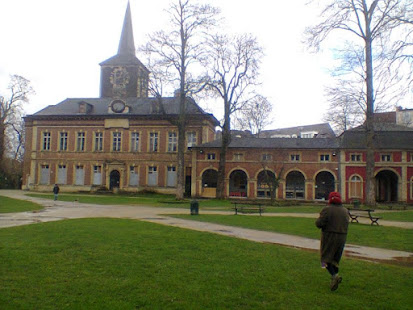