BUKTA PAKTOP is working on a project entitled 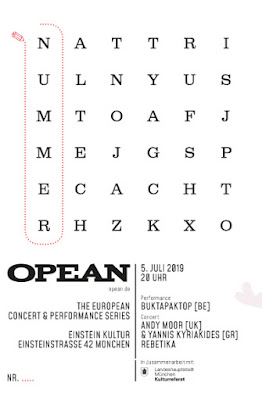 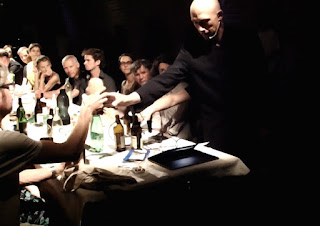 Lugubrious soupier
It was laid out as a banquet in the original sense... A long table lined with benches, and the public as well as performers took place alongside each other, with the invisible maitre d' making attempts at tuning his violin... At some point Julien stood as ifto propose a toast and proceeded to project onto his cranium the thoughts of a middling french philosopher, entering his mind and following downwards through the larynx towards the inner cavities of his body, now unclothed, where images of prehistoric painting accompanied theories on our furthermost departed ancestors...
Jérôme, meanwhile proceeded to remove tufts of hair from his cranium, whisps of curly falling on the tablecloth among the drawings and notations and the refuse from the picnic the previous day, and Lise commenced to recite a slow string of words that amounted to poetic statements or rather admonishments, considering our place on earth and how we should better our lot as well as that of our fellow creatures. Deuxelles in the meantime arranged the meagre contingent of dishes and bottles among the trash, and the duo Dialogist-Kantor whitened each others faces before donning selfmade sombreros from discarded card and rain-ponchos to then proceed to whip and drag a guitar through the dark recesses of the basement we found ourselves in.
The public looked quizzical at first but slowly turned to an expression of boredom as the evening wore on. The maitre D circled the table trying to extract a tune from his broken violin, while a Dialogist broke into fragments of wailing song, abruptly aborted for another mistreatment of the guitar, ever on the verge of reverberation, and Lise continued he litany and Deuxelles re- and rearranged the table... Jérôme had in the meantime solicited the service of a shaver and the buzzing was becoming irritant, and the maitre D kept circling and the cyclical nature of the evening became restless... Nowhere to go, no opening for a break, always an expectancy there might be something, soon, something to relieve the monotony of the darkness surrounding us all...
As it were it just tapered off... When Deuxelles turned the tablecloth some guests had already guessed said more that was apparent, and came to read what was written or rather sewn into the fabric... The laws of kosher in German, on which now seven plates rested and the group retired... Leaving the guests in the lurch.... Free to go but restrained by an uncertainty whether it was all finished or not....
( the sounds of backdrop conversations were to be heard... Doubt developped, a new waiting installed... Until at some point it broke into appause... Always a good indication of the end.)
The basement we found ourselves in was in fact a former "Bierkeller"  of a brewery owned by Jews that had to leave all behind in 1938.
Buktapaktop delegation munich  july 5 th, 2019
Opean # 8 at the Einstein Kultur, Munich 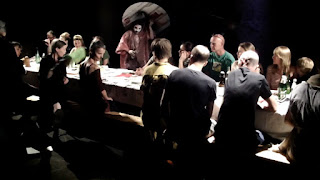 pre history: the salon rouge - a project by
P. Morarescu and H. Obst was the basis for this collaboration over years...
more about that soon... 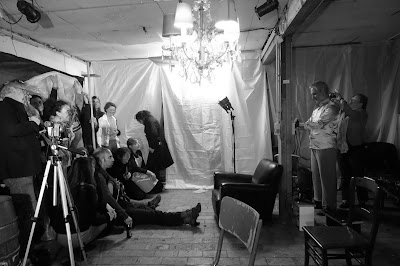 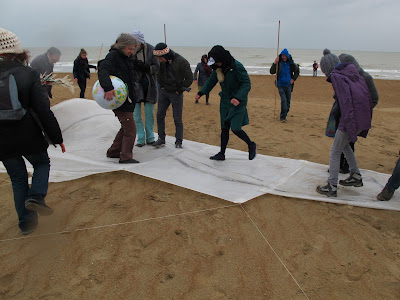 At this point: Rather than beginning with performances, these are postponed towards the end of a possible 'work in progress' in w... 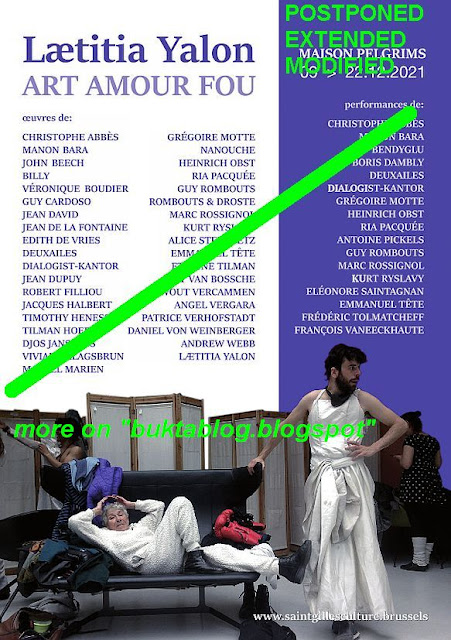